According to Reuters, an estimated 4 billion people worldwide now use mobile phones, which is an increase from approximately 3 million this time last year. As mobile phone use increases, scientists are beginning to release their findings on the detrimental health effects of Electromagnetic Radiation (EMR) from mobile phones. Worrying new research that has come to light on the link between mobile phone use and brain tumours.

Early studies funded by the telecommunications industry failed to conclusively link mobile phone use with and brain tumours, these studies have since been discredited.

The recent Interphone Study was coordinated by the International Agency for Cancer Research, which is an agency of the World Health Organization, the gold standard in health information. This was a multinational series of epidemiological studies of 13 different countries.

This study has shown that people who use mobile phones for over 10 years have a 40% increased risk of developing a brain tumour on the side of the head against which they hold their phone.

It also states that the incidence of brain tumours has increased in the US and Europe by 40% in the past 20 years.

Despite our medical community being notoriously conservative and slow to comment on new research, our own top Australian 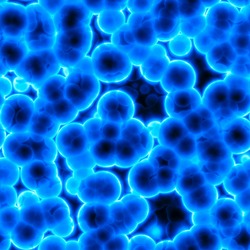 Neurosurgeons, Dr Vini Kharuna and Dr Charlie Teo have released their latest research Cell Phones and Brain Tumours, based on a meta-analysis of 11 long-term epidemiological studies on the effects of mobile phone use, which conclusively links mobile phone use with brain tumours.

Indeed, politicians are publicly voicing their concerns about mobile phone health risks, with an American senator recently comparing the possible harm caused by mobile phones to the early days of cigarette use, when decades passed between the first warnings about smoking tobacco and the final definitive conclusion that cigarettes cause lung cancer.

So the evidence is building and it will only be a matter of time until we are all advised to change our mobile phone habits and the telecommunications industry will have to have a long hard look at mobile phones and EMR.

You can reduce your risk by:

By taking precautions now we will be able to start protecting ourselves from the damaging effects of mobile phone radiation. I will be making a concerted effort to keep you up to date on all the latest research.

Sign up to our newsletter and receive 5 of our healthy recipes
.....

Ever cooked with silverbeet? It's a nutrient-packed leafy green vegetable that can be used in many dishes. Here, Tania has added butter beans and nuts to make a dish that can be used as a standalone meal or a delicious side.

1. Heat the olive oil in a large frypan/wok, add the garlic and onions and saute until soft
2. Add the silverbeet and butter beans, saute until the silverbeet is cooked
3. Add lemon juice, rind and nuts and toss thoroughly
4. Serve and enjoy! ... See MoreSee Less

I found these beauties at my local farmers market (thanks #farmerandson ! Watermelon radishes for a delicious bitter added to tonight’s fresh salad ... See MoreSee Less