Herbal Medicine Practices in the Amazon 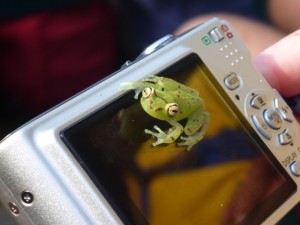 Many of my clients know I took an extended break in the early part of this year. I have a particular interest in the traditional herbal medicine practices of different cultures and write herbal medicine monographs and literature reviews for the industry. I was lucky enough to combine my passion for herbal medicine and my love of travel during my recent holiday to South America.

Ecuador is a country of diverse landscape, divided into three distinct regions; the coastline and the stark beauty of the Galapagos Islands, the breathtaking Andes, which bisects the country and the eastern region of the Amazon basin, known as “El Oriente”. The Orient accounts for approximately a third of Ecuador’s land mass and is one of the most biodiverse areas in the world. It is home to two of the country’s most important wildlife reserves, the Yasuni National Park and the spectacular Cuyabeno Wildlife Reserve in the Northeast of the country, close to the Colombian border.I was fortunate enough to visit the lush Amazonian rain forests of The Oriente and spend time with one of the most senior Shamans of the of 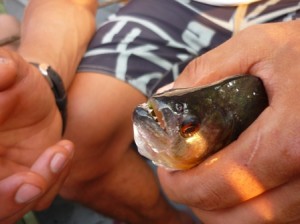 the Cuyabeno region, learning about his culture and herbal medicine practices. Tomas Grefa is head Shaman of the Siona Communities in the Cuyabeno area, including the small community of Puerto Bolivar, which I visited. The language of these communities is Paico’ca, which literally translates as “towards the garden”, a testament to their reverence for the rain forest  Tomas comes from a long line of Shamans and and healers, with both his father and grandfather before him well respected as Shamans  His father was one of the most well known Shaman in Ecuador and his mother is senior midwife to the local community. 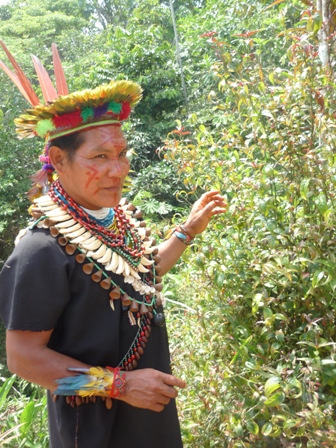 Tomas started his Shamanic training at the age of eight when he was sent to study under his grandfather, learning the spiritual and herbal medicine practices that form the foundation of his Shamanic duties. Tomas explained that by undertaking the duties of a Shaman you commit yourself to the the health and spiritual well being of your community for life. A Shaman must live their lives in harmony with nature, avoiding alcohol and other substances that will pollute the body and diminish their powers to commune with the spirits of the rain forest and effectively serve their community.

Tomas has extensive knowledge of the medicinal plants of the Amazon and gathers and prepares herbs to treat a variety of ailments. During a tour of his medicinal garden he explained the use of many of the herbs which are used for every day complaints, such as fever, infection and pain. He also ventures deep into the forest to harvest herbs, such as the bark of the Cinchona tree, used to treat malaria.

His training took many decades and involved not only learning the spiritual and herbal medicine aspects of his role but also included purification rituals to cleanse the body and spirit during healing and divination ceremonies and to prepare for his initiation ceremony. These rituals are used to cleanse the body and mind in order to receive the wisdom of the rain forest and be able to communicate with the spirits. A specially prepared decoction of Banisteriopsis caapi, known as Yaje in the local Paico’ca language, is used in these ceremonies. This jungle vine is known in other tribal languages as “Ayahuasca”, which literally translates as “vine of the soul” and is thought to be one of the most important “plant teachers” in the Amazon. Known for its purgative and psychoactive properties, Yaje causes vomiting and diarrhoea initially and according to some sources has a powerful effect on consciousness  facilitating visions. Tomas explained that Yaje is considered a source of knowledge and teaches them about good and evil. The ceremonial use of this sacred plant allows them to see that there is no division between the natural and the supernatural, but one world where the interaction between the physical and spiritual merge to form the essence of life. 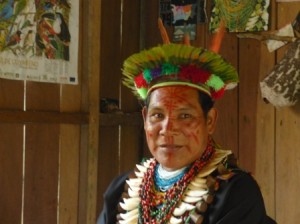 Tomas underwent his final initiation ceremony at the age of 40. He and his mentor carefully prepared a decoction of Brugmansia suaveolans or “Angel’s Trumpet”, which is used to facilitate communication with the spirits of the rain forest  This highly toxic herb is only ever used after intense preparation periods of cleansing and detoxification. It causes paralysis, tachycardia, visual and auditory hallucinations and may lead to death due to its high content of scopolamine, atropine and several other tropane alkaloids. Tomas was tied to a tree and drank the decoction, which caused him to lose consciousness soon after. This state lasted for 24 hours, during which time he traveled through the spirit world and communicated with the spirits and various “power animals” of the jungle, including the caiman  jaguar and anaconda. His mentor stayed with him throughout this time to guide him on his journey and to protect him while he was unconscious. After waking, Tomas received his ceremonial facial markings; these are individual to each Shaman and indicate his status in the community.

During my visit Tomas demonstrated a cleansing ceremony in which he used a fan of leaves to cleanse the spirit and traditional chanting to facilitate healing. While Tomas has no formal medical training he is not adverse to recommending medical care when he feels it is necessary; this of course is no easy undertaking, with the nearest doctor  hours away via canoe and then by road to the closest hospital. Tomas currently has several apprentices studying under him, one of which is his young son. Tomas will eventually choose one of them to take over from him, however even though their community is remote the modern world id having an impact, which may eventually lead some of his apprentices away from their studies in the future. 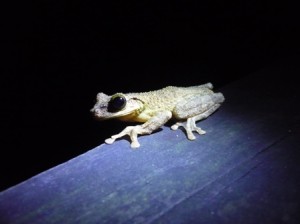 The discovery of rich oil deposits in the 1970’s lead to the construction of major roads and infrastructure that destroyed vast tracts of virgin rain forest  The area was declared a National Park in 1979, however its “protected status” was questionable and ongoing exploration continued to cause damage. In 1991, due to pressure from indigenous tribes and international environmental groups, controls were tightened, helping to protect the fragile ecosystem and traditional culture of this magnificent rain forest region.

Tourism to the area is limited due to the difficulty accessing this remote region, however even this has its environmental impacts. Canoes used to access the jungle are motorized, causing pollution and erosion to the river banks. Despite this, tour operators do their best to minimize environmental impact, providing biodegradable toiletries and limiting the use of generators to only 2 hours per day, leaving you to dine by candlelight and find your way back to your cabin by torchlight at night. (This is not for those who have any issues with spiders 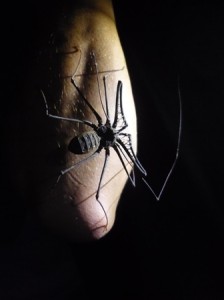 or super sized insects!). I would like to thank my very knowledgeable guide Juan-Miguel for introducing me to Tomas and for his wonderfully patient translation services, which helped me to get a clearer understanding of the history, culture and environmental issues of the area. His knowledge of the local flora and fauna was extensive and with his expert guidance I saw several elusive pink river dolphin, anacondas and caiman  not to mention a vast array of monkeys, bird life, spiders and insects. The Cuyabeno rain forest is literally teaming with wildlife, but due to the spectacular camouflage skills of several species, expert help is needed to identify them. I would also like to thank the staff of Jamu lodge who manage to make this very remote area of the world a pleasure to visit. If you would like to visit this beautiful area you can find out more at www.cabanasjamu.com 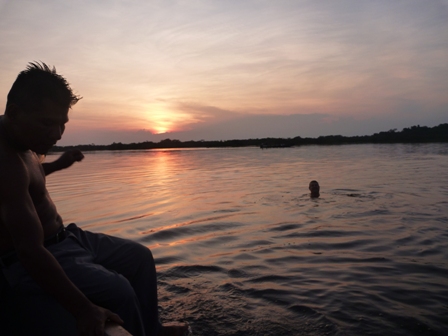 Sign up to our newsletter and receive 5 of our healthy recipes
.....

One of our favorite people at Bondi Health & Wellness, Steve Williams, is doing an epic 30 km charity run this Sunday to raise money for Med Earth, a charity that refurbishes and sends second hand medical equipment to developing countries who desperately need it. It's an amazing grass roots charity who does fantastic work. So if you can spare a few dollars for a good cause please click on the link 🙏 💕 ... See MoreSee Less

Trails for Change - An exclusive group of committed Challengers will take on one of the most iconic trails to support MedEarth.

Best of luck to my very talented mate Jason Malia, who has spent his life honing his skills in natural medicine. The ATMS will be very lucky to have you on board! ... See MoreSee Less